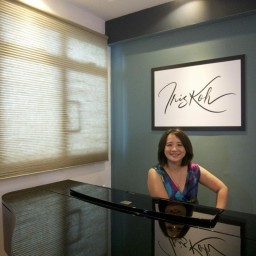 Tonight, we bid farewell to another Singaporean couple leaving the country for good. They have become the list of friends whom Raymond and I have formed an intimate friendship with over the last one year and finally calling it quits, because they cannot see how things will ever get better here in Singapore. I don’t blame them.

Over the past one year, as our city state rolled out these vaccine mandates, they have watched in vain as their jobs were taken away from them. To me they represented the model Singaporean couple. Young, good-looking, working in respectable, decent jobs with bright futures ahead of them. In fact, they were almost due for their next promotion as they have been in service for almost 10 years and had been hardworking and loyal employees. Overnight, it was all gone in a flash, because they exercised their self-love not to inject themselves with these experimental gene therapies, renamed "vaccines". Let’s call them Tim and Yin.

Tim’s father was also shortly diagnosed with HIV last year after being inoculated and now suffers from failing health. Like many of us, they were rudely awakened to the frightening reality of what is happening in the world through the enforcement of these vaccine mandates.

Over dinner, which Tim prepared with the utmost love and care, we talked about their future in the new country. They would eventually become farmers in the plot of land which they will own and they showed us the beautiful big 4 bedroom house which they would be sharing with another couple for a mere US$200 per month, per couple!

We chit chat about the funerals they have attended recently, including the death of a 35 year old female friend who recently gave birth to a daughter after many years of wanting a baby girl. They also talked about their ex-company’s welfare fund, which for the first time in 30 years has become empty due to the number of sick employees in the company. They praised me for being brave and said unfortunately, they are not like me. Tim couldn’t even stand being in a MRT train and having to deal with passengers coming up to him and asking him to wear his mask properly. We laughed.

But underneath that laugh lied a deep sadness that many Singaporeans still do not know / want to acknowledge what is truly happening in the world. They don’t seem to know what other citizens around the world are already awakening up to and what government everywhere is planning for us citizens, without our consent.

Over the past one year, I must have said goodbye to at least 10 families. All uprooting and deciding that it is hopeless to stay in Singapore. Some were expats who have lived here for more than 10 years, others were Singaporeans who felt hopeless and helpless about these strong-armed vaccination mandates and had decided to leave this country for good. I hear that there are hundreds of Singaporeans in Cambodia alone and few hundreds more in Chang Mai, Malaysia etc since July last year. In a way, I envy them. I no longer have that choice. My passport is impounded and I can no longer leave this country as and when I like. Every time I want to leave, I have to seek permission in court and possibly pay a hefty bail so that I can go overseas to seek medical care etc. But do I regret what I did? No. I don’t. If I could reverse what I did, would I? No, I won’t.

Because Singapore is my home. Much as I do not like the way things are right now, I was born and bred here and even though there are many people who probably don’t deserve me putting my life on the line for, there are many others who like me were thrown into the open sea suddenly and we had to sink or swim. I don’t particularly see what I did as brave or heroic, but more of a necessity. Lives were at stake. If I did not speak up then, perhaps many would have felt lost and hopeless. Perhaps the lack of a single voice speaking up would demolish any ounce of fight they have in them to say "No" to what was being shafted down our throats. I may never know the impact of what I did. Perhaps the 3 deaths which I personally witnessed back in June last year gave me the conviction that enough is enough. We cannot continue to roll out these experimental injections without considering the potential risks and harm in them.

Do I feel abandoned by people like Tim and Yin? Actually No. Because humanity is at war and the preservation of life is utmost. Of course, I wish more people would choose to stand here and fight these injustices but I cannot possibly want others to suffer together with me in this city without a soul. The people, many without a spine. Many would complain and just KBKB but would not actually do anything to make this country a better place. The good people like Gilbert Goh, who have been standing up for the needy in our society are being put behind bars for holding up a placard. I could go on and on and on. But it would be too depressing, the systematic erosion of our rights and liberties over the years which has robbed us of our constitutional freedom to speak and stand up for what we care about and believe.

If a country lost its ability for citizens to voice our dissent, to voice our concerns in a protest, then how else can we tell the government that it is NOT the will of the people that they are rolling out certain policies?  After all, aren’t the elected supposed to act on behalf of the people and not to bulldoze and silence the voices of the rest of the electorate whom they have sworn to protect? What would be the signal to the government that this is not the people's will? What other recourse do we have left when petitions and letters to MPs etc have also fallen on deaf ears with NOT A SINGLE RESPONSE from a petition signed by more than 16,000 people?

So while I held back my tears and bid Tim and Yin a final farewell, I told myself that I can only do my best at any point in time. I did what I could because I still have hope in people that sooner or later, they will also wake up and find the courage to do what they can. If not for this country, for themselves, for their families. So while many have encouraged others to flee overseas, I won’t ask you to stay or flee. I will only ask you to have a little hope, have a little faith and don’t give up on Singapore. Don’t give up on the rest of us who have no place to run. We are Singapore too and through the work at Healing the Divide, I have also come to see generosity. I have seen community. I have seen courage. And it is that which gives me hope for a better tomorrow, a better Singapore.

Finally, why should we be the ones to uproot and leave? Isn't Singapore our home too? Maybe the people who have done this to us should leave office instead because they have not shown throughout this pandemic to have cared for the people they have indiscriminately discriminated with these inhumane VDMs and have caused the greatest exodus of our times.

SUPPORT OUR WORK. Help us fight injustices in this country.